Introduction
The holiday of Cinco De Mayo, The Fifth Of May, commemorates the victory of the Mexicans over the French army at The Battle Of Puebla in 1862. It is primarily a regional holiday celebrated in the Mexican state capital city of Puebla and throughout the state of Puebla but is also celebrated in other parts of the country and in U.S.cities with a significant Mexican population. It is not, as many people think, Mexico’s Independence Day, which is actually September 16.

Setting The Stage
The battle at Puebla in 1862 happened at a violent and chaotic time in Mexico’s history. Mexico had finally gained independence from Spain in 1821, and a number of internal political takeovers and wars, including the Mexican-American War (1846-1848) and the Mexican Civil War of 1858, had mostly wiped out the national economy.

During this period Mexico had accumulated heavy debts to several nations, including Spain, England, and France, who were demanding payment. Similar debt to the U.S. was previously cleared after the Mexican-American War. France was eager to add to its empire at that time, and when Mexico finally stopped making any loan payments, France used the debt issue to establish its own leadership in Mexico by installing Napoleon’s relative, Archduke Maximilian of Austria, as ruler of Mexico.

Mexico Confronts The Invasion
France invaded the Gulf Coast of Mexico and began to march toward Mexico City. Although American President Abraham Lincoln was sympathetic to Mexico’s cause, and for which he is honored in Mexico, the U.S. was involved in its own Civil War at the time and was unable to provide any direct assistance.

Marching on toward Mexico City from the coast, the French army encountered strong resistance at the Mexican forts of Loreto and Guadalupe. Led by Mexican General Ignacio Zaragoza Seguin, a small, poorly armed militia of about 4,500 was able to stop and defeat a well outfitted French army of 6,500 soldiers, which halted the invasion of the country. The victory was a glorious moment for Mexican patriots and is the cause for the historical date’s celebration.

Unfortunately, the victory was short-lived. Upon hearing the bad news, Napoleon had found an excuse to send more troops overseas to try and invade Mexico again, against the wishes of the French populace. 30,000 more troops and a full year later, the French were eventually able to depose the Mexican army, take over Mexico City and install Maximilian as the ruler of Mexico.

Maximilian’s rule of Mexico was also short-lived, from 1864 to 1867, ending as the U.S. began to provide more political and military assistance to Mexico to expel the French. Despite the eventual French invasion of Mexico City, Cinco de Mayo honors the bravery and victory of General Zaragoza’s small, outnumbered militia at the Battle of Puebla in 1862.

Today’s Celebration
For the most part, the holiday of Cinco de Mayo is more of a regional holiday in Mexico, celebrated most vigorously in the state of Puebla. Though there is recognition of the holiday throughout the whole country, it’s nothing like that found in Puebla.

Traditional Mexican DancingCelebrating Cinco de Mayo has become increasingly popular along the U.S.-Mexico border and in parts of the U.S. that have a high population of people with a Mexican heritage. In these areas, the holiday is a celebration of Mexican culture, food, music, beverage, and customs unique to Mexico.

Commercial interests in the United States and Mexico have also been successful in promoting the holiday, with products and services focused on Mexican food, beverage, and festive items. Increasingly more cities in the U.S. and Mexico catering to a festive consumer are also more than happy to provide a venue to celebrate so that Cinco de Mayo is becoming adopted into the holiday calendar of more and more people every year. 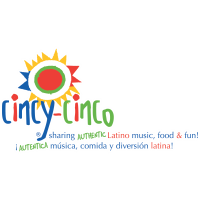