The Centers for Medicare & Medicaid Services (CMS) released its draft decision on coverage for monoclonal antibodies targeting amyloid for the treatment of Alzheimer’s disease. As you’ll recall, the first of these treatments — aducanumab or Aduhuelm — was approved by the FDA last June. A press release from CMS regarding today’s draft decision can be found here.

Today’s announcement from CMS is shocking discrimination against everyone with Alzheimer’s disease, especially those who are already disproportionately impacted by this fatal disease, including women, Blacks and Hispanics.

With the approach proposed by CMS, access to treatment would now only be available to a privileged few — those with access to research institutions — exacerbating and creating further health inequities. In issuing its decision CMS had the audacity to cite the Alzheimer’s Association 2021 Alzheimer’s Disease Facts and Figures report on the challenges and barriers underrepresented communities have in participating in clinical trials, and then propose to impose those very barriers on those seeking treatment for Alzheimer’s.

CMS must change this draft decision. They must ensure equitable access for all who could benefit from FDA-approved treatments. We call on CMS to not only listen, but hear the needs of people living with dementia and their caregivers.

This fight isn’t over. We’ll continue to demand equitable access to treatment for all who would benefit. And we will continue to keep you informed on next steps as CMS works toward its final decision. 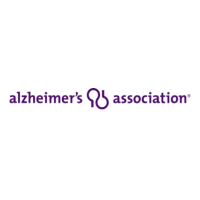