Celebrated from Sept. 15 to Oct. 15 annually, National Hispanic Heritage Month recognizes “the histories, cultures and contributions of American citizens whose ancestors came from Spain, Mexico, the Caribbean, Central and South America.” First observed in 1968 under President Lyndon B. Johnson, National Hispanic Heritage Month was expanded to a 30-day period by President Ronald Reagan before being signed into law on Aug. 17, 1988. Sept. 15 carries significance as the independence anniversary for several Latin American countries and close to those dates for Mexico (Sept. 16) and Chile (Sept. 18).

The Northern Kentucky Chamber of Commerce invites you to join us in recognizing local Hispanic leaders, business owners and citizens of prominence making history in our region. Today, we are honored to highlight Florence resident Karla Boldery, General Market Manager for La Mega Media, Inc., the largest Hispanic media platform in the state of Ohio.

Born and raised in Mexico City, Boldery (formerly Cárdenas-Álvarez) came to the United States after getting married, moving to Boone County 25 years ago, eventually settling in Florence. As the general manager of La Mega Media – which operates three radio stations and four newspapers between Cincinnati, Columbus, Cleveland and Pittsburgh – Boldery works to grow the company. In doing so, that work can serve as “the conduit to really create that connection for the mainstream community to the Hispanic community,” she says.

In addition, Boldery is the founder and facilitator of the Latina Entrepreneur Academy a nonprofit organization designed to “train, motivate and inspire women, especially of Hispanic descent,” to build and enhance their own businesses. She was named 2017 Small Business Association (SBA) Partner of the year for her distinguished leadership and efforts with the Hispanic business community, 2018 Distinguished Hispanic Ohioan by the Ohio Commission of Hispanic and Latino Affairs (OCHLA). The former Innovation Services Director and Business Advisor for the HCDC Business Center, she was also named one of the Cincinnati Business Courier’s Forty Under 40 in 2015. 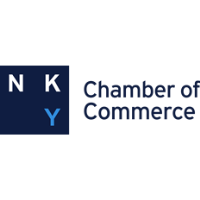