The culinary offerings at Ché Empanadas y Más are focused on the original Ché concept’s empanadas, available ready to eat for diners, frozen for take and bake, and standard carryout, but will further include “Pizzetas” (personalsized pizzas) with authentic South American flavor profiles, salads, cheese and charcuterie boards, soup, “Bombas” (croquettes), and a selection of house-baked breads, tortas, and more.

Ché Empanadas y Más will be open Monday - Saturday at 3:30pm, with the expansion of hours anticipated in the months ahead. Reservations will not be accepted, but walk-in guests are invited to dine-in, order carryout, or delivery (coming soon via Doordash) with service provided by a team of bartenders, servers, and food runners, who will manage the front of house operations, together.

For more information, see Ché Empanadas y Más on Facebook at @CheEmpsYMas, where you can follow along with progress, view photos of the space and food, and additional information. 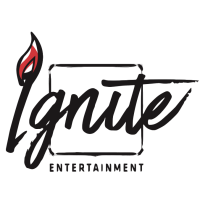