WHAT: The Freedom Center and LADD, Inc. are hosting the second screening in their Freedom Film Series on Thursday, May 26. APART, a film exploring the impact of the prison system on three mothers, will be showing at 6 p.m., Thursday, May 26 in the Freedom Center’s Harriet Tubman Theater and will be followed by a panel discussion on the prison system’s lingering impact on former inmates. Doors open at 5:30 p.m. and tickets are available now.

Filmed over 3 ½ years, APART follows three mothers who were caught between harsh drug sentencing and rising incarceration rates for women during America’s War on Drugs – during which the number of women in U.S. prisons has grown by 800%. The three women return from prison and attempt to rebuild their lives after being separated from their children for years. Their stories overlap at a new reentry program for women run by an activist formerly incarcerated in the same prison.

A panel of experts and activists will discuss the impact of the U.S. prison system following the film.

Tickets are $15 and can be purchased at otrfilmfest.org. The screening is sponsored by the Ohio Humanities Council.

The Freedom Film Series uses film to address issues of systemic injustice, inviting the audience into dialogue with the issues presented in the films during conversations with filmmakers, content matter experts and activists following the screenings. Topics addressed during the series include inequity in policing and the criminal justice system, the disparate impact of illegal drugs on communities of color, systemic racism, disability and more.

COST: $15, available for purchase at otrfilmfest.org.

WHO: Panelists following the film include: 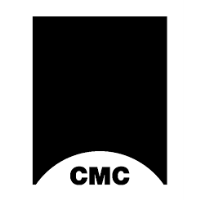