CINCINNATI – Tickets for the National Underground Railroad Freedom Center’s International Freedom Conductor Awards Gala are now on sale. During the gala, the Freedom Center will present its highest honor to Amal and George Clooney, the late Congressman John Lewis and Bryan Stevenson for their lifetimes of advocacy for freedom across the globe. The final day to purchase tickets is August 31. The gala will take place at the Duke Energy Convention Center on October 16.

“The cause of freedom is enduring and must be pursued constantly, relentlessly to ensure all people, regardless of location, religion, race or sexuality, are free,” said Woodrow Keown, Jr., president & COO of the National Underground Railroad Freedom Center.

The IFCA is awarded by the Freedom Center to recognize the contributions of contemporary individuals who, by their actions and personal examples, reflect the spirit and courageous actions of conductors on the historic Underground Railroad, the nation’s original social justice movement. Award recipients reflect positive impact on contemporary freedom issues.

“This year, we are bestowing our highest honor on a group of freedom conductors whose work has crossed continents, spanned decades and saved countless lives,” added Keown. “Mr. and Mrs. Clooney, Congressman Lewis and Mr. Stevenson represent historically, categorically and systemically the injustices we continue to fight in our pursuit of freedom. They are conductors on our current path to freedom.” 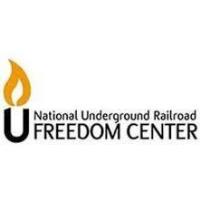