The Cincinnati Reds have teamed with a division of one of Greater Cincinnati’s largest minority-owned firms to create a hands-on worker training program.

The Reds Workmanship Program has been launched by the team and FX Facilities, a division of D.E. Foxx and Associates, the region’s second- largest minority owned business.

The program brings four people to Great American Ball Park for a four- month training program in one of four fields involved in maintaining and improving the Reds’ home stadium.

“It’s a trade development program for people with a diverse background,” Delores Hargrove-Young, vice chairman with D.E. Foxx, told me. “It’s designed to create a career and not just a job. The goal is to improve the economic opportunities in our black and brown communities.”

The first cohort of four people in the program begin Jan. 24. The program involves four areas in which employees will be trained: HVAC, electric, plumbing and painting. The idea is for each participant to focus on a single area, with the plan to get on a management trajectory in those areas. Workers are paid from day one, Hargrove-Young said.

The goal is for workers to continue their careers with FX Facilities or with the Reds, once they have graduated.

“A lot of great things get discussed but not a whole lot gets done sometimes, even with the best intentions,” Reds president Phil Castellini told me. “And labor has gotten tough and especially trade labor. That has become so much more competitive. We don’t have the trained trade people to handle the work we have now or the work we have coming.”

The Reds have a lot of construction projects at Great American Ball Park, largely from Nov. 1 to April 1, Castellini said.
“This is essentially an apprenticeship program,” he said. “We can give people on-site job experience while we help them get the training to get their certifications.”
Participants will work alongside experienced, highly trained workers, Castellini said.

“The idea is to have a tangible outcome,” he said. “It’s absolutely about creating a workforce.”

The Reds might bring in 60 people a year for internships, Karen Forgus, Reds senior vice president of business operations, told me. Much of that purpose is to hire people from those roles.

“This just takes that into another lane for us,” she said.

Castellini also pointed out the value of trade workers is often wrongly looked down upon in society today. He pointed out he previously worked in warehousing, trucking and food processing through his family’s produce company, Castellini Cos.

“I’ve got great respect for all of those fields,” he said. “We (as a society) are not focusing on the fact becoming a plumber, electrician, landscaper or painter, those are just as good of jobs as anything else. I’m trying to put attention on not only are these valuable jobs but they can be great careers.”

The program originated with D.E. Foxx and the Reds trying to create opportunities for minorities.

“There was a conversation about what can we do tangibly to bridge this gap,” he said. “This was intentionally created to make sure we’re creating (minority) jobs.” 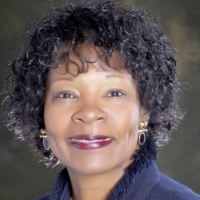