Statement on the signing of HB340

Today, we celebrated the signing of Ohio HB 340, designating September as International Underground Railroad Month. We applaud the efforts of Representatives Adam Bird and Willis Blackshear who co-sponsored this bill and have been working with their colleagues and supporters across the state to bring this bill to fruition. We thank Governor Mike DeWine for signing this significant bill into law. This is a historic moment, recognizing the ongoing legacy of the Underground Railroad and Ohio’s prominent role in the liberation of enslaved people.

The Underground Railroad was the nation’s first social justice movement and Ohio was a pivotal state on the long road to liberation. Towns across the state – from Cincinnati to Sandusky, Ripley to Zanesville, Greenville to Massillon – provided refuge and safe passage to those self-liberating through the Underground Railroad. Conductors in towns and homes along the Ohio River greeted passengers as they took their first steps on free soil. Through the courage and cooperation of strangers, enslaved people persevered through the trails and wilderness of southern Ohio. Ohio conductors and abolitionists risked their lives to provide shelter to exhausted, freezing families making the long journey to freedom. They took food from their pantries and fields to feed starving freedom seekers who risked their lives to breathe free.

The Underground Railroad is not a moment in history. It is an ongoing source of inspiration to freedom seekers around the world. 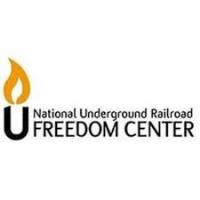