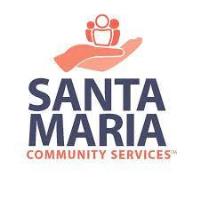 FOR IMMEDIATE RELEASE Contact: Lourdes Ribera 513-300-0561 lribera@lulac.org CINCINNATI (November 4)—The League of United Latin American Citizens (LULAC) – Cincinnati Council held its 16th Annual Scholarship Recipients Celebration on November 4 from 6:00 – 9:00 PM at Northern Kentucky University. The theme of this year’s event was “Empowering and Uniting the Hispanic Community.” During the event, LULAC honored 36 college scholarship recipients for their scholastic achievement. “The students are

Source   On Wednesday, Oct. 20, regional businesswomen gathered together for the 2021 Women’s Initiative Regional Summit, sponsored by PNC. Taking place in the Schiff Conference Center at Xavier University, the Regional Summit, themed, “Emerging into an Empowered Future,” brought together professional women from across the Tri-State to share and discuss real-life leadership experiences. The event addressed ways attendees can care for themselves and their professional teams while simultaneously driving

We are excited to inform you that LULAC Cincinnati will have its 16th annual LULAC Scholarship Celebration on November 4, 2021, 6:00 PM at Northern Kentucky University. The Theme this year is Uniting and Empowering the Latino Community. We will be awarding 35 LULAC scholarships to talented Hispanic students. This will be our first in-person event since 2019!   This has been a difficult year for many non-profit organizations including LULAC. Because of COVID, the world has changed and many of us had to 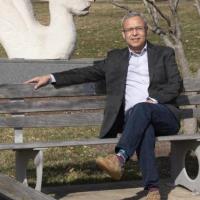 As he prepares for retirement, Leo Calderón and others look back at his impact on the NKU community

CINCINNATI, OH – Santa Maria Community Services, Inc. is pleased to announce that Jaime Mutter has been promoted and accepted a new position as Every Child Succeeds Director.Mutter has a Bachelor of Arts degree in Education with a minor in English from Northern Kentucky University and Master of Arts degree in Education from Marygrove College with a focus in inclusive classrooms.  Before coming to Santa Maria, Mutter taught elementary education and preschool. She also taught English Composition and

Back to the Future... Reimagined U

FOR IMMEDIATE RELEASE: January 28, 2021 MEDIA CONTACT: Cody Hefner (513) 608-5777, chefner@nurfc.org   Partnerships with CSO, Miami University, NKU and Heinz History Center examine the Black experience in America CINCINNATI – The National Underground Railroad Freedom Center is celebrating Black History Month by hosting and partnering on a series of virtual discussions to enlighten guests on the Black experience in America. The online programming is supplemented by online resources and is presented free

Being an International Business, one of my many passions lie with visiting other places and experiencing different cultures. I plan to graduate in May 2020 with a double major in International Business and Human Resource Management from Northern Kentucky University. The Hispanic Chamber of Commerce Scholarship has allowed me to step outside of my comfort zone and travel abroad in the Summer of 2018. This opportunity has allowed me to visit 7 countries in Eastern-Europe while visiting over 14 cities. I am