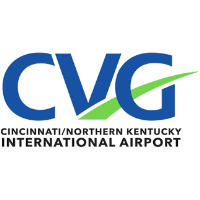 Pursuant to the provisions of KRS 424.260, the Kenton County Airport Board (“KCAB”) will receive proposals for Aviation Fuel, Payment Processing Services, and Equipment Upgrades at the Miami University Airport – (“OXD”). Proposals must be received by July 8, 2021, at 2:00 p.m. ET. No proposals will be accepted after that time unless such date or time is extended pursuant to an addendum issued by KCAB. A pre-proposal meeting will be held on June 24, 2021, at 1:00 p.m ET at Miami University Airport, 7101

FOR IMMEDIATE RELEASE: January 28, 2021 MEDIA CONTACT: Cody Hefner (513) 608-5777, chefner@nurfc.org   Partnerships with CSO, Miami University, NKU and Heinz History Center examine the Black experience in America CINCINNATI – The National Underground Railroad Freedom Center is celebrating Black History Month by hosting and partnering on a series of virtual discussions to enlighten guests on the Black experience in America. The online programming is supplemented by online resources and is presented free

The Miami University football team begins its 2019 Mid-American Conference Championship title defense on Wednesday, Nov. 4. The RedHawks will compete in six-straight conference games, culminating with the MAC Championship Game on Friday, Dec. 18.   Ball State comes to town to open the 2020 campaign. Miami will also host Ohio (Nov. 17) and Kent State (Dec. 5) at Yager Stadium. The RedHawks have not lost a home game since Sept. 29, 2018.   The Red and White’s road contests include trips to Buffalo (Nov.

Source   Greetings! In this issue, we are excited to introduce a new space, some new ideas, and many new ways to connect. A few reminders for the month:Passport services are available by appointment only. Because expedited service is unavailable at this time, apply now if you plan to study or travel abroad during the 2020-21 school year. Email Global@MiamiOH.edu or phone 513-529-8600 to set up your appointment.Applications are open for Winter and Summer 2021 Faculty-Led programming, and new workshops are